In this virtual museum visit, I’m going to show you some of the still lifes at the Rijksmuseum.

Rijksmuseum in Amsterdam is one of the best museums in Europe. And I could always find something interesting in it. However, some of my favourite paintings there are the 17th century still lifes. Filled with unusual objects, exotic food, hidden symbolism and moral messages, they are so interesting to explore. So, join me on this little journey during which we’ll explore some of the still lifes at the Rijksmuseum.

Still Lifes at the Rijksmuseum

Although, at first glance those still lifes could seem like decorative art, filled with some pretty images, but without any deeper meaning, that couldn’t be further from truth. They offer plenty of stories, symbolism and hidden messages for those who know how to find them.

Where to find still life paintings at the Rijksmuseum?

Still life paintings at the Rijksmuseum

If I’d need to show you only one painting to explain the Dutch Golden Age, life and art during that time in the Netherlands, it would definitely be one of those still life paintings from the Rijksmuseum.

You can see the style in art on them very well. But, also learn a lot about people living in the Netherlands during the 17th century.

The art style on the Rijksmuseum still lifes 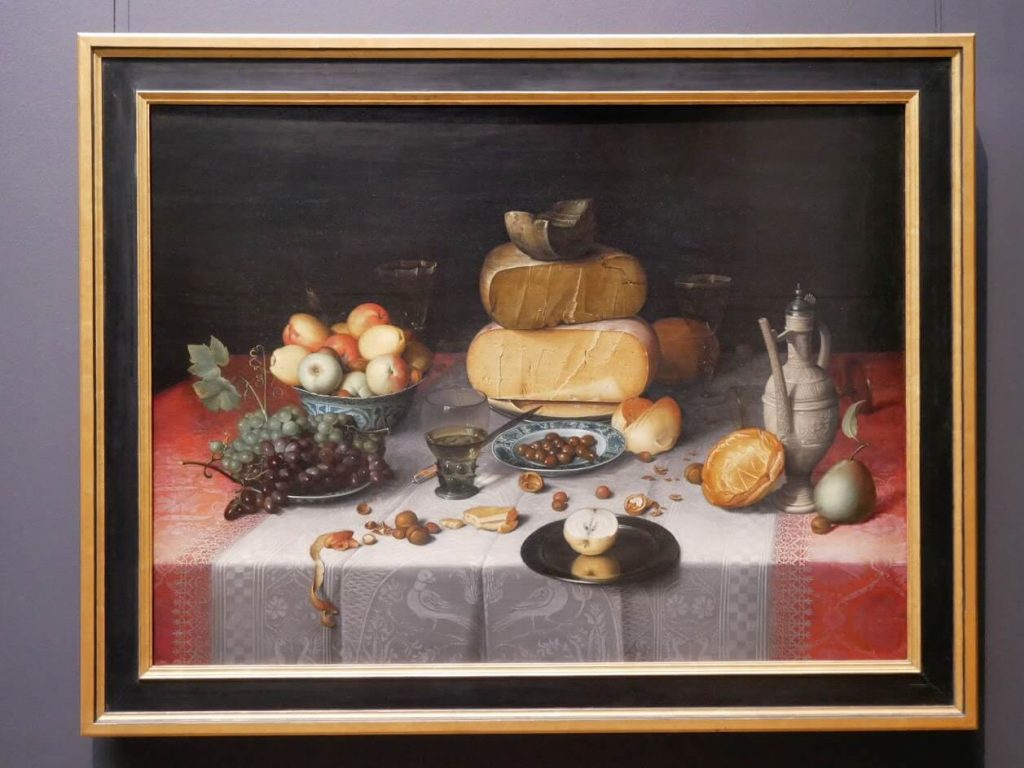 The style on those still life paintings at the Rijksmuseum is the same as on other paintings created during the Dutch Golden Age – realism. My first impression when in front of them is how they look so real, almost as photos.

Even the setting on them is showing that realism. They always look a bit messy, like there was a big cheerful group of people sitting at the table. And then, they suddenly left.

There was a reason for that messy setting. With all those silk tablecloths, golden jars, fancy cups and expensive food, people commissioning those paintings wanted to show how wealthy they were.

Painters had their reasons, too. By showing all those different objects, made of transparent glass, soft fabric or shiny metal, they were showing their skill. And how they could paint anything.

The realism is created by focusing on three different elements: 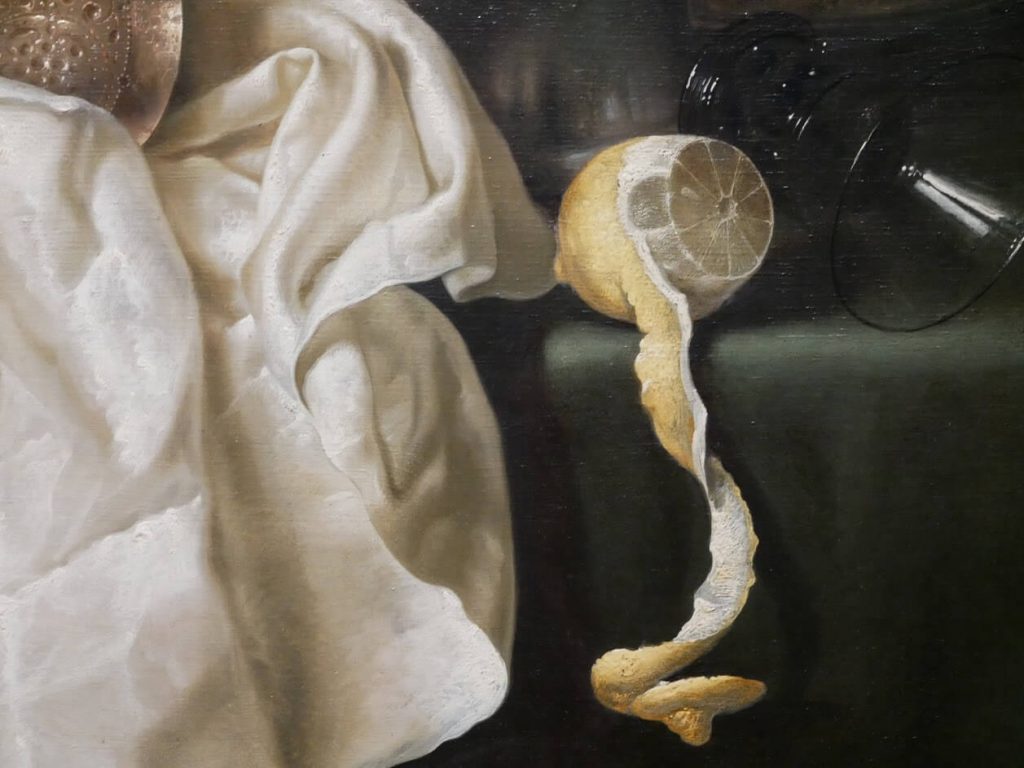 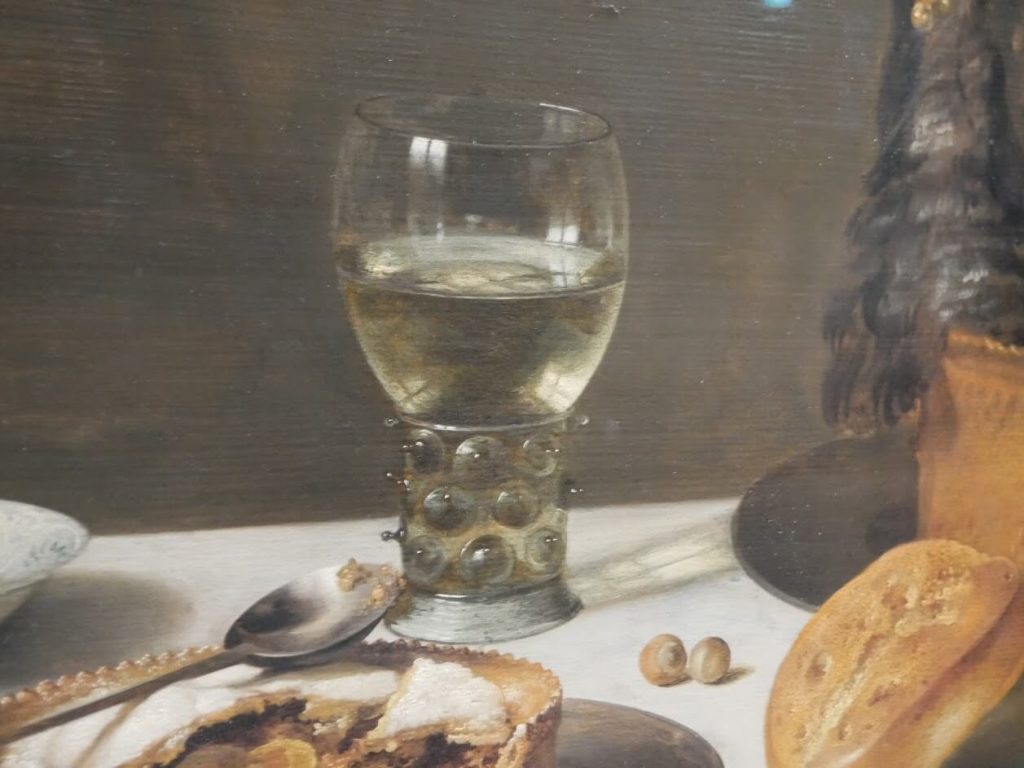 Food on the Dutch still lifes at the Rijksmuseum

Something really interesting to me is to see what kind of food you can find on those still lifes at the Rijksmuseum. You can see some very typical Dutch food on them, like cheese, for example. It was produced in the Netherlands since the Middle Ages.

You can also find some food that was imported from the south of Europe, like grapes, lemon or olives. There are also links with the new continent, America, already visible, by the large turkey on one of the Rijksmuseum still lifes.

It’s interesting to see some luxurious food in those paintings, too. Like oysters, for example. Something, that’s quite expensive still today.

However, those oysters, turkey or olives are not the most expensive food on those still lifes.

Can you guess what could be even more costly? 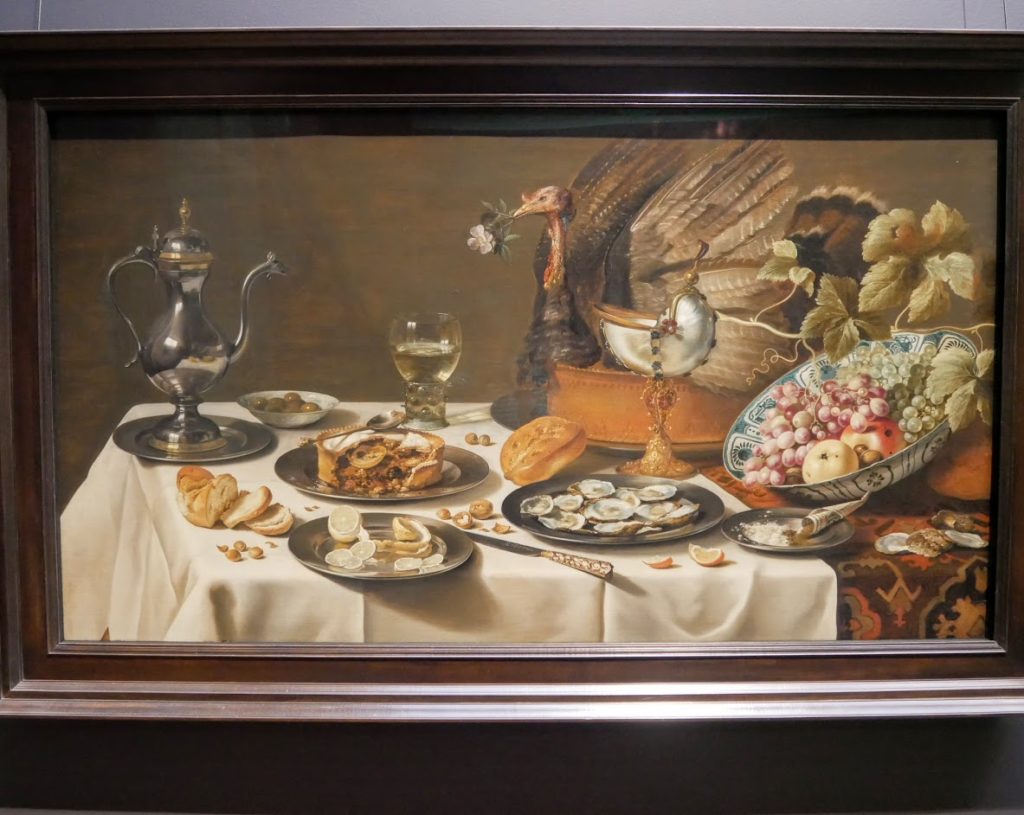 Spices! Having a pepper on your table in the Netherlands during the 17th century was showing that you are a very wealthy person. A price of pepper was equal to the cost of gold during that time.

⤷ Read more: 10 things you didn’t know about the Rijksmuseum

However, most of the food depicted on those still lifes at the Rijksmuseum is also having a symbolical meaning. Painters would include moralistic messages in their paintings by showing some specific things on the tables.

My favourite includes a half-peeled lemon. You’ll see it often on those Dutch still lifes from the 17th century. And it’s not there only because it was a part of their meals. It’s here as a symbol.

By showing it, a painter is sharing the message that life is good now for the people around that table. They have all these beautiful food on it, enjoying in oysters and expensive spices. However, they shouldn’t forget that life is short. And that one day they’ll go to another world where someone will ask them and judge them about how they were behaving on this one.

So, the message is – stay humble.

The way of dining during the 17th century 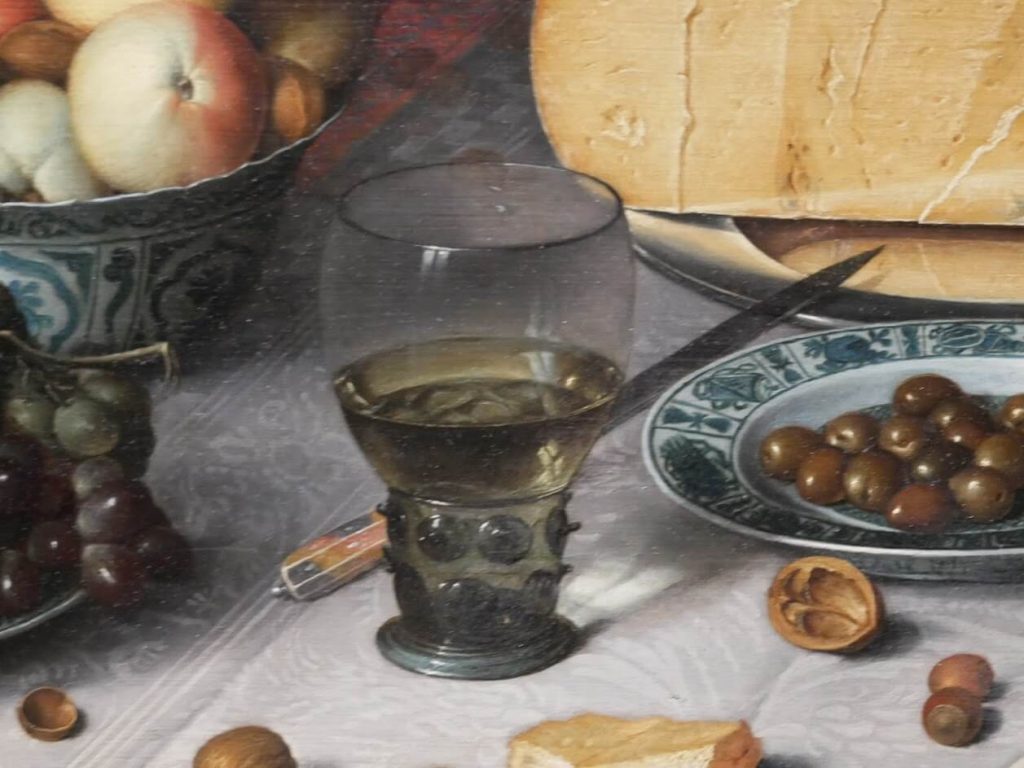 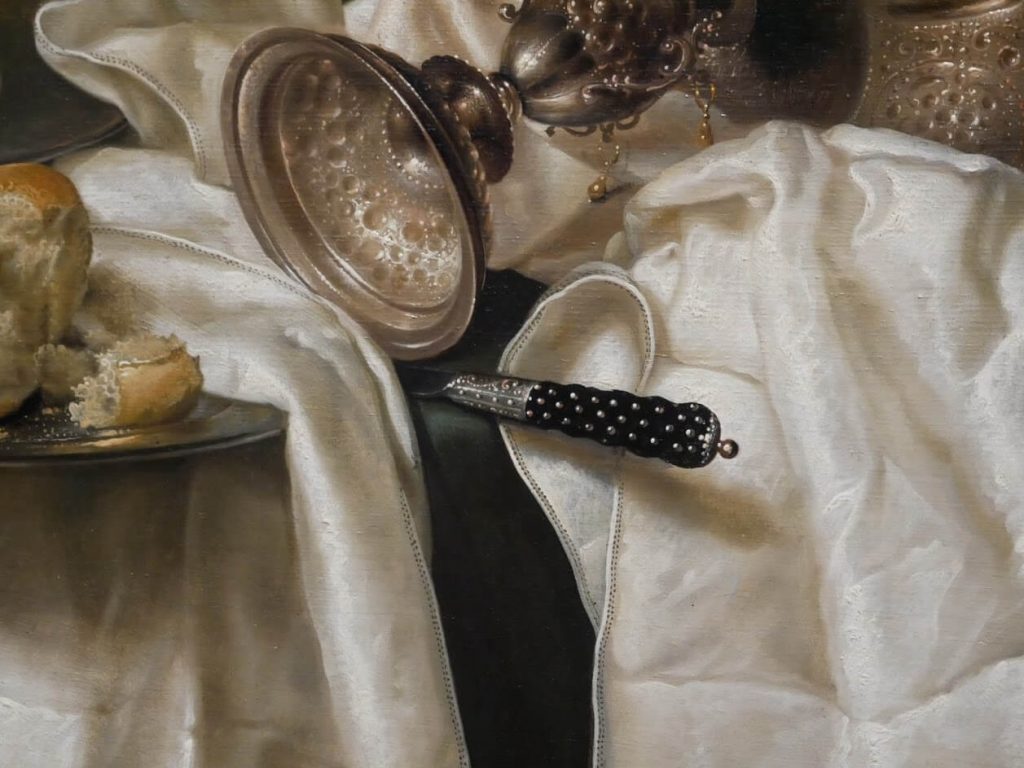 Besides the food people were eating, it’s also interesting to learn more about the way of dining at that time.

On many of those still lifes at the Rijksmuseum, there is only one knife on a table. If you were invited to someone’s house for dinner during the 17th century, you’d very often bring your own cutlery with you. It was something expensive and usually custom made for you.

However, often the only piece of cutlery was a knife. People were eating with their hands. They would just cut the cheese or bread with a knife. You can just imagine their hands being very greasy during dinner.

But, for the same reason, you can see a very unique design of glasses on their tables. They had round decorations on its holder. So, they would prevent the glass from slipping through their greasy hands.

It seems the Dutch design was as important during the 17th century as it is today.

Hope you enjoyed in this short virtual museum visit. And in learning more about the still lifes at the Rijksmuseum. Do you have any questions about them? Put them in comments, and I’ll answer them.

Watch my Rijksmuseum video to learn more about this beautiful museum, see more details on those still lifes and enjoy in some other paintings, too.

Here are more of my virtual museum visits: